The secrets of staff retention - and why most companies are awful at it........ - Wynne Consulting

The secrets of staff retention – and why most companies are awful at it…….. 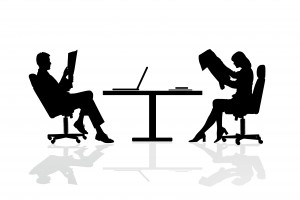 As a market leading recruitment organisation we are in a somewhat unique position at the “cutting edge” of dealing with people leaving organisations on a day-to-day basis. A common misconception is that as a headhunt search company we somehow have mystical power to “spirit” people away from blissfully happy jobs. The reality is completely different. On average over 60% of individuals we pro-actively approach will rebuff our advances as they are happy with their present situation. Unless there is an underlying issue there we are unable to persuade that person to talk about moving.

The No 1 biggest issue that causes staff to become unsettled and leave is communication. At the nub of common staff retention issues such as “Undervalued”, “No career progression”, “Worried about the companies’ future”, “Someone promoted above me” is all about communication, or the lack of it in most cases.

It’s human nature to want to know what is going on, good or bad. In most situations, not knowing anything is worse than knowing something bad is happening, as the mind is free to wildly speculate if there is no information.

So – the advice is very much to communicate to your people as much as possible, both on a macro (company) and micro (personal) level. The best employers are consistently very good at communicating to their people, helping them formulate individual career & goal plans and working with them to achieve their personal career objectives. It’s great for individual performance, makes people happy and optimizes the overall performance of the business.

It doesn’t work 100% of the time, bus it significantly increases staff retention levels.

On a macro level, the vast majority of people want visibility as to the companies overall strategy and goals. Anyone working as part of a team will perform better & will give that extra 10% if they are clear in their understanding of the teams overall goal.

This stuff is simple, but is surprisingly rarely implemented effectively.

We regularly hear stories of individuals being overlooked for promotion, and then want to move on. What’s much rarer, but is relatively easy to facilitate is the situation where the individual accepts the decision because it is efficiently communicated with the true reasons and justifications being discussed.  They may not like it, but if it’s justified and communicated then they will at least understand the decision and resentment is minimized.

Warning: count(): Parameter must be an array or an object that implements Countable in /homepages/39/d108065682/htdocs/wynneconsulting/wp-includes/class-wp-comment-query.php on line 399


Warning: count(): Parameter must be an array or an object that implements Countable in /homepages/39/d108065682/htdocs/wynneconsulting/wp-includes/class-wp-comment-query.php on line 399