You need the right CV to get the job interview. But how do you build a CV?

How to build the best CV to prove you’re right for the job. 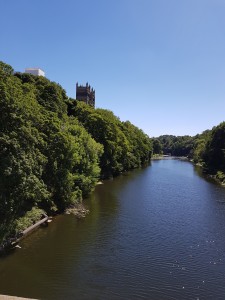 Everyone knows how the process works. You need the right CV to get a job interview. And if the CV isn’t up to scratch – no job interview.

So – you need to build a CV for each individual job? But that’s easier said than done…………………

Top UK search recruiter Wynne Consulting are here to give you some guidance on how to best align your experience with each particular job. So – what if:

Many people dislike this business “buzz-word” – but it’s a core component of most job specifications. What it means is you demonstrating your ability to work easily and successfully with other people; but as a team “member” not a “manager”. Come up with examples when you’ve worked successfully on a project with colleagues. Focus on outcomes, and where you’ve successfully solved problems as a group that would otherwise not have been solved single-handed. Some examples could be:

Some useful words & phrases to use are: “as part of”, “worked with”, collaborated, “our group solved the problem”, contributed.

Many roles will require you to deal with multiple tasks simultaneously, whilst keeping calm and making good decisions. The key is planning & strategy In a fast-paced environment this is likely to be the difference between success and failure. So – some examples could be:

Some useful words & phrases to use are: organise, prioritize, multi-task, coordinate, delegate, “cope under pressure”, fast-response.

It’s easy to talk about your leadership achievements if you are in a leadership role; but what if you are not directly managing people? How do you get around this issue? Think about how you can detail your experience in leading a task, team or business. Talk about how you took responsibility whether asked to or not. How you led a task, project, team or a group of people – both in work & non-work situations. It’s not all about direct leadership. Talk about when you’ve taken initiative in a situation & helped friends or colleagues. Some examples could be:

Some useful words & phrases to use are: led, facilitated, oversaw, resolved, helped, “took on”.

Think of your experiences where you’ve had to make decisions based on data, number and information. These roles are becoming much more important; 90% of the entire data created by humanity was created in the last 2 years alone! Some examples could be:

Some useful words & phrases to use are: analyzed, researched, inefficiency, “solved a problem”.

Think of how you’ve used your creative skills. This can be concepts, ideas or innovative solutions to a problem. Where have you come up with something wacky or unusual which has solved a problem & led to success? It’s not all about the traditional definition of “creative” – so you don’t have to talk about design, art, etc. Pretty much everyone can come up with some example of where they’ve had a creative way to solve a problem so dig deep. Some ideas:

Some useful words & phrases to use are: developed, created, inspired, built, conceived, concept.

Here you can point out all of those great examples of when you’ve worked on your own, “under your own steam” and without specific direction from a manager. Most companies want people with “get up & go” so if you need to demonstrate these skills here’s some ideas:

Some useful words & phrases to use are: volunteered, “took control”, “on my own initiative”, “stepped-up”.

So – for any job you are interested in; try and break it down into the “key skills” they are looking for, and make sure you are aligning your experience to the skills of the job.

If you need any help – ask the experts at Wynne Consulting and we will be happy to help.